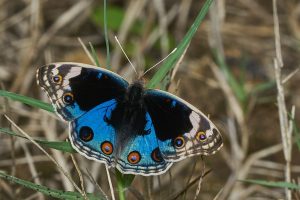 The Blue Pansy is a species of bright blue butterflies found in parts of Southeast Asian countries, Australia and Africa. It is known in this name especially in India. These are territorial arthropods and are spread in 26 local subspecies throughout its range. The butterflies love sunlight and are often seen sitting on bare ground, basking in the rays of the sun. 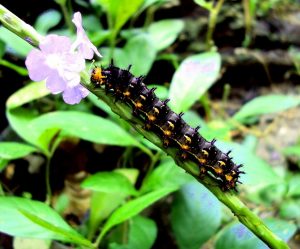 The mature larva’s body is covered with perpendicular spines, and characterized by radial hairs. The body is either dark brown or totally black, while the bifurcated black head shows an orange patch, along with two spines. These insects also have small spine-like structures in the angle of both the eyes. 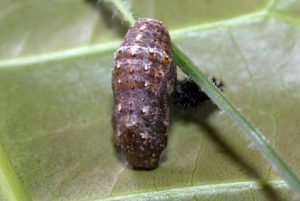 The chrysalis has a purple body suspended by tail. The wing-cover part is dirty yellow, marked by dull creamy-white lines all over the surface. In the abdominal region, slightly angular projections can be seen.

Color and Appearance: When the wings are open, the males show a pair of black forewings with the borders being designed in white and brown, with thin black and parallel lines meeting at the end of the wings. There is also a, orange-yellow eyespot. The secondary wings are mostly bright cyan blue with white borders marked by thin, black crooked lines, and a pair of orange eye marks on each. In case of the females, the blue marks are mostly replaced by brown, with only a mild patch of dirty blue at the bottom of the hind wings. When the wings are closed, both the sexes show a grayish brown hue with several orange-brown markings. The dorsal side also has relatively fade eye-spots placed in the same position. 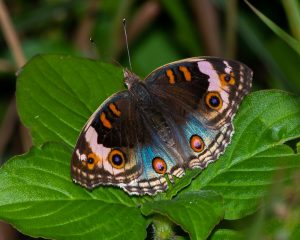 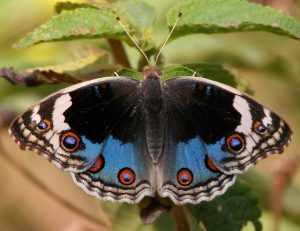 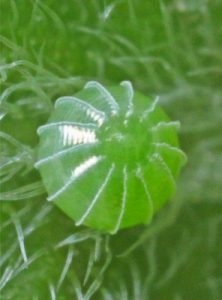 Green in color, laid singly on the young shoots or newly-grown leaves of the host or other plants 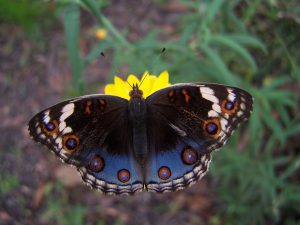 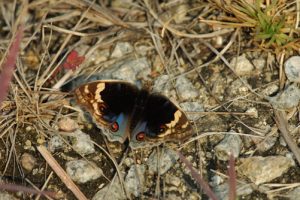 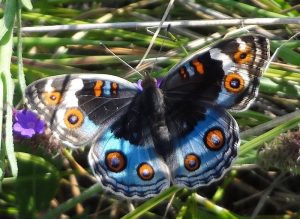 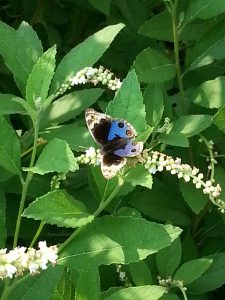 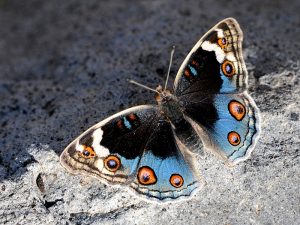 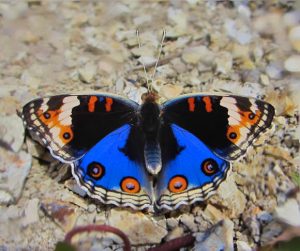