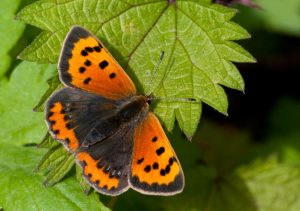 The Common Copper is a species of very widespread butterflies native to various parts of the world. They are known for their contrasting wings in bright orange and black. 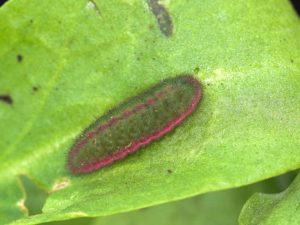 Almost all larvae, in general, are green, though some have a purple line along the middle of the dorsal side, as also, both the sides of the body. They consume the underside of the leaf creating typical window-like patterns. 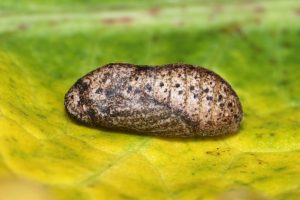 The chrysalis is formed in the leaf litter and is thought to be tended by ants present in the host plants. It looks quite like a shelled groundnut with beige to blackish-beige color.

Color and Appearance: When the wings are open, the upper parts of the forewings show a brilliant orange coloration bordered with a dark edge border and a few spots in black. The hind wings are almost an inverse contrast with a dark base color, bordered with orange. A few of the females display a row of bluish marks inside the orange border. When the wings are closed, it shows a similar design and pattern, though much faint. Females, in general, have notably fewer black spots on their wings. 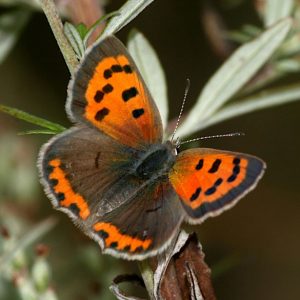 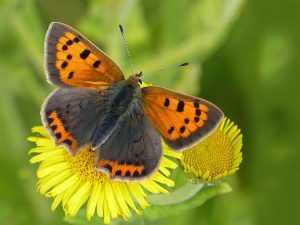 Eggs look unique being round and flat and bearing cavities in a circular pattern. They are laid singly on the upper side of the host plant leaves. 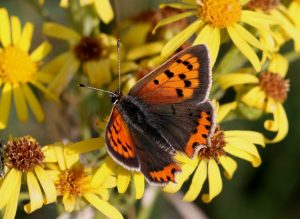 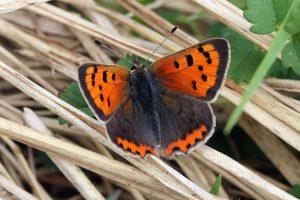 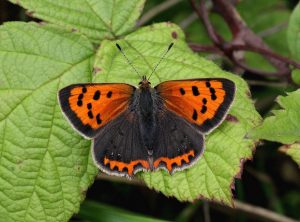