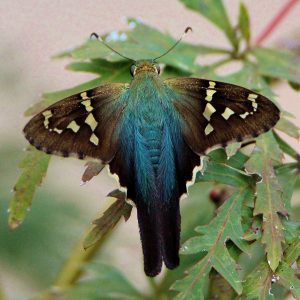 The Long-tailed Skipper is a species of small, short-winged butterflies found in parts of both the Americas. They are characterized by a large head and a pair of prominent, dark eyes. Like other ‘skipper’ species, biologists consider them to be somewhere between butterflies and moths. 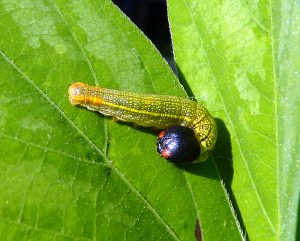 The mature larva has a yellowish green body with two thin yellow lines running vertically down their bodies on both sides, along with some orange-yellow tints at the end. The head is relatively large and black. The chrysalis takes around two to three weeks to attain its pupal stage. The pupa has a tan to reddish brown body, smudged with dusty white patterns that perfectly mingles with the dead leaves of its host plant. The stage lasts for about 10 days.

Color and Appearance: When the wings are open, both the long tails can be viewed distinctly, with the dorsal side being brownish black, while the base of the wings showing hues of iridescent bluish green. The males of the species display a costal fold along the leading edge of the pair of forewings, which the females lack. There is a dark row on the underside of each of the hindwings, with both forming a complete band. When the wings are closed, they display the same color scheme, except for the bluish-green hue. 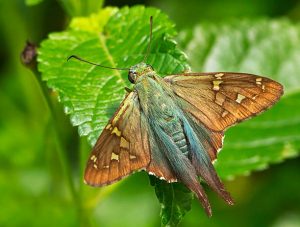 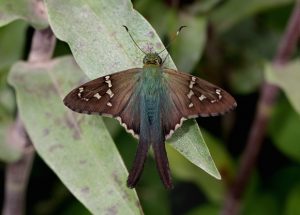 Eggs are white or yellow, and can be laid both singly, or else, in small clusters. 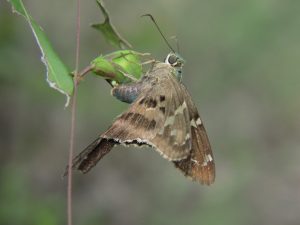 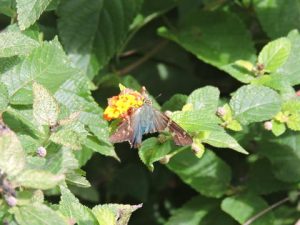 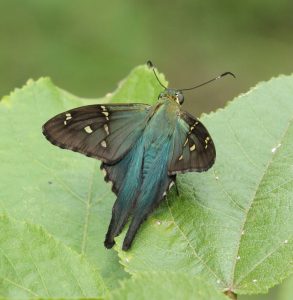