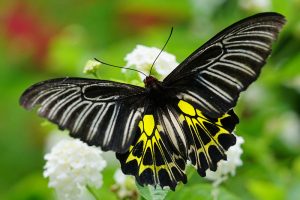 The Magellan Birdwing is a species of large butterflies found only in a very limited area in Philippines and Taiwan in two subspecies, with the Philippines population being Troides magellanus magellanus (the nominate species), and the Taiwan population being Troides magellanus sonani. Belonging to the ‘Birdwing’ group of butterflies, both the male and the female have vibrant colorations very much like the other members of its group. 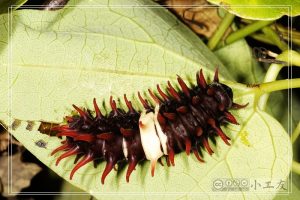 The larva has a very unique look with five longitudinal lines of thick spine-like structures coming out of its body. The body is blackish red to brownish-orange in color, with a thick white band in the middle of the body.

The chrysalis has a light brown to yellowish beige coloration resembling a dead or dry leaf that stays attached to the twigs and branches of its host plant.

Color and Appearance: When the wings are open, the males show a black base on the upper side of the forewings, while the relatively larger females can be rather toward the browner side. The veins in the males are thick, having white borders; however, the borders in the females are much more pronounced than their male counterpart. The male’s hindwings are dominated by bright golden yellow coloration, with the veins and the wing margins being black. Whereas in the female, the golden yellow region has dark, prominent veins with each of the wing-edges having a postdiscal chain of golden spots. When the wings are closed, the undersides of each wing in both the sexes is very much similar to the uppersides, though relatively less bright. 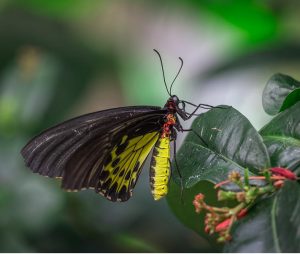 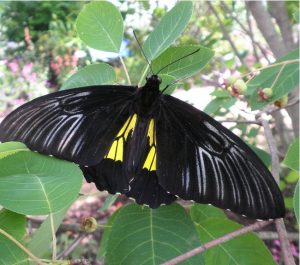 Lays around 27 bluish, spherical eggs under the tips of the host plants’ leaves 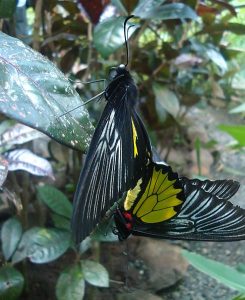 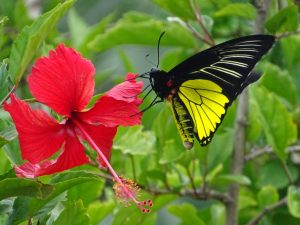 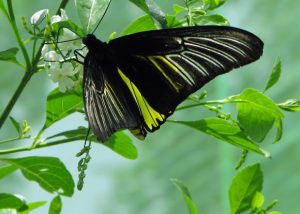