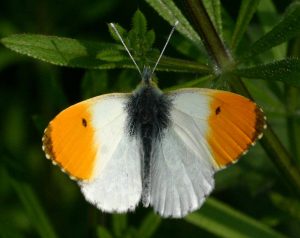 The Orange-tip Butterfly is a family of medium size butterflies that are quite common, and are widespread throughout their range. This butterfly family consists of about 1100 species of butterfly. These arthropods have a high preference for urban locales, and are often seen hovering through human-made gardens, as well as hedgerows. 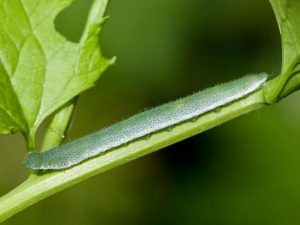 When the larvae hatch out, they consume their own eggshells, after which they feast upon their host plant leaves and the seed pods. After their five larval instars, the fully grown larva their host, and begins pupating lower vegetation close to the ground level. 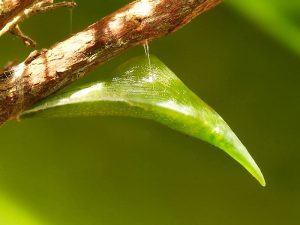 The pupa of the species can be easily found since most of the chrysalis develop on one single plant. However, their strong resemblance to the host plant’s foliage makes it quite difficult for the predators to locate them.

Color and Appearance: When the wings are open, the males of the orange-tips display all four wings with a white base having bright orange tips in their primary wings, and a single black spot on each, while the females look completely different since they lack these bright orange markings, and have thinner light gray marks instead. When the wings are closed, both the sexes display a striking pattern of green mottled blotches formed by scales in black and yellow. 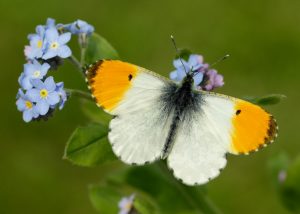 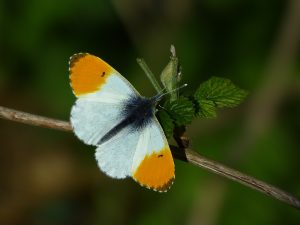 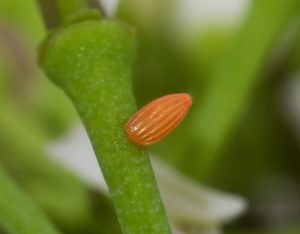 The eggs are laid singly. They have a white pigment that eventually changes to yellowish to orange, and finally, brown within a few days. 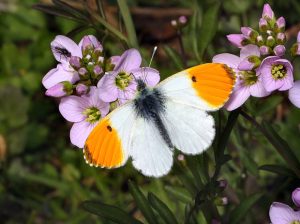 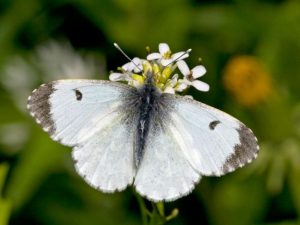 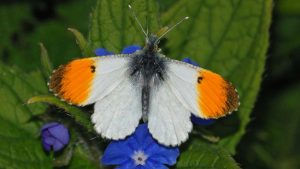