The Quino Checkerspot is a small to medium size butterfly and an endangered subspecies of the Edith’s Checkerspot. Though it was used to be one of the most frequently-spotted butterflies in its habitat, they have been facing a true diapause now, and are quite uncommon. They belong to the butterfly family ‘Nymphalidae’ (i.e., Brush-footed butterfly), known for their spectacular check-patterns. 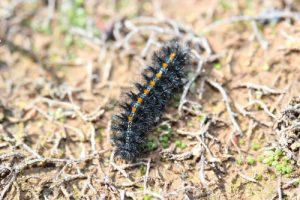 Quino Checkerspot Butterfly larva has two molts (ecdyses). Before the first molt, it is mostly yellowish, while between the first and the second molts, they are gray with black markings.

The Chrysalis is mottled black on a bluish-gray base.

Color and Appearance: When the wings are open, they show a unique checkered pattern all over with brown, orange to reddish, white, and yellowish spots. When they are closed, a checkered pattern dominated by colors red and cream can be noticed. The upper wings have roundish edges while the edges of the lower wings are entirely curved. 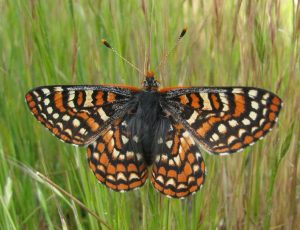 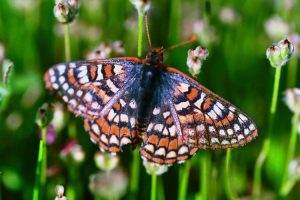 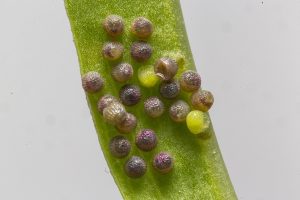 Very pale beige to dull yellow in color that is laid and then hatch on the host leaves.

According to a research at the Butterfly Conservation’s seventh international symposium in Southampton, the quino checkerspots that are found in Mexico and California have presently shifted to higher altitudes, choosing plants belonging to entirely different species from their hosts, for laying eggs. Such a behavioral adaptation is a striking example of the theory of natural selection because of climate change. 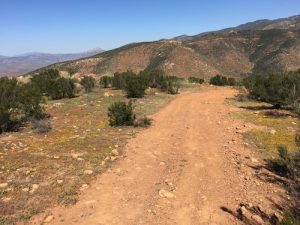 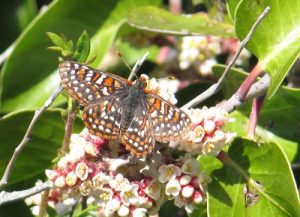 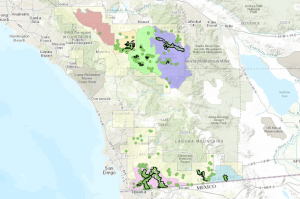