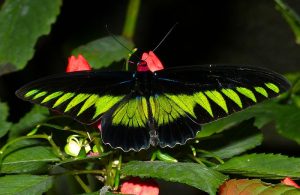 The Rajah Brooke’s Birdwing is a species of rare V-winged butterflies that are native to the rainforests in parts of a few Southeast Asian countries. It is the national butterfly of Malaysia, while its export is officially limited to prior permission. These large arthropods have several subspecies, said to be at least 11, each having a minor difference or the other. 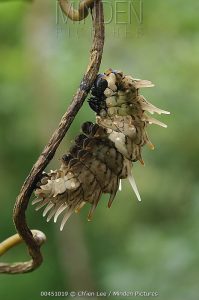 The mature larvae are brown and green with paler brown spikes all over the body. The body is also characterized by buff and grey tubercles along its back and the two sides. After hatching out, they begin to rapidly consume the leaves, before they begin to pupate soon after. 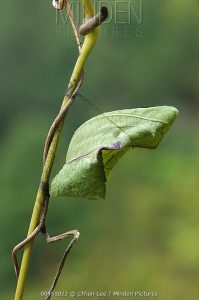 The chrysalis is apple green with violet markings. During this stage, they remain attached vertically to a vine stem by the cremaster with the aid of a silk girdle.

Color and Appearance: When the wings are open, the dorsal sides of the two elongated primary wings in males show a series of leaf-like green patterns over a black base, running parallel to the inner edge of the wings and gradually decreasing by size towards the tip. The small secondary wings are also black with smudges of the same green pigmentation. In the female, the same pattern can be seen except that the black base is replaced by brown and the green patterns by dull yellow. When the wings are closed, the mirror image of the dorsal side is seen, though much lighter and fainter. 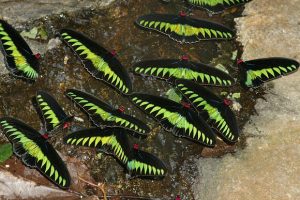 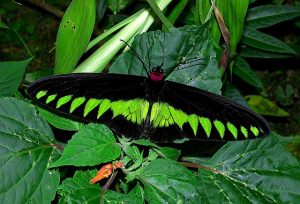 Up to 50 tiny, round white to reddish eggs laid on the host plant leaves 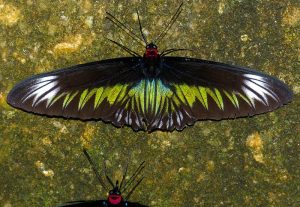 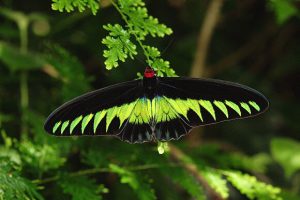 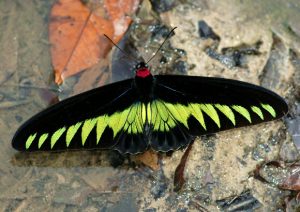