The Schaus Swallowtail is a species of medium-size butterflies found in a very limited area in the United States. Often confused for the giant swallowtail butterfly (which is much larger than them), the population of this arthropod is declining rapidly, with the NatureServe conservation status system enlisting them under their At risk – G3 group. 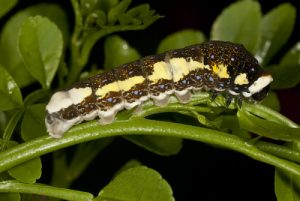 The full-grown caterpillars are dark to chocolate brown with yellow and cream lateral marks and patches. There is also a continuous white patch at the posterior end along with a few longitudinal rows of spots in blue. As an adaptation, the patches resemble the droppings of lizards and birds, which is a kind of camouflage to avoid the eyes of the predators. 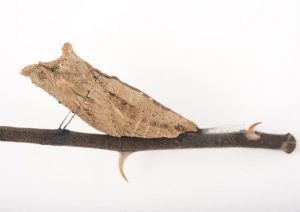 The pupae are also brown with patterns that resemble a bark. During this stage, a pupa stays attached and hanging from a twig or branch with the help of a silken pad.

Color and Appearance: The sexes look similar except that, the tiny tips of the antennae in the male are yellow. Also, the males are smaller than the females. When the wings are open, their dorsal sides look brown, decorated with a series of yellow submarginal spots and a broad yellow median band. Tails are present in the secondary wings having yellow outlines. When the wings are closed, the undersides look yellow with marks in brown marked with a wide median band in rust and blue. 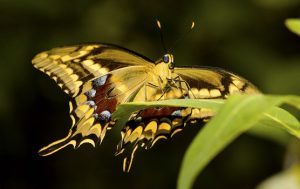 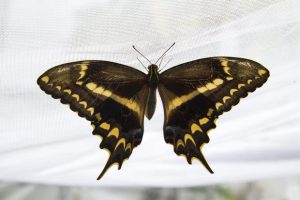 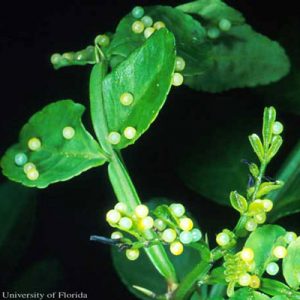 Light to dark green in color and are spherical. They are laid singly both on top and underneath the leaf surfaces. 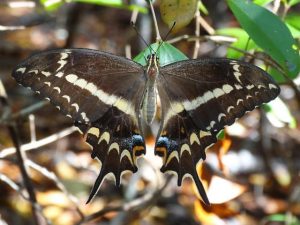 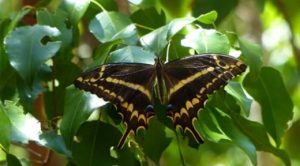