The small blue is a species of very tiny butterflies that are found almost everywhere within its range. These gregarious creatures live in colonies consisting of several scores or dozens of individuals. They have a subspecies (Cupido minimus trinacriae). 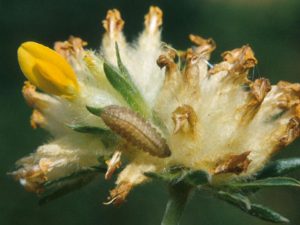 The caterpillars are cannibalistic and will eat up each other if hatched on the same flower, or any smaller larvae that they come across. They have four instars and are born almost white with a faint bluish tint. They are around .8 mm long when they hatch out. 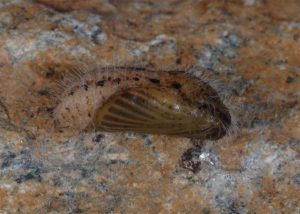 The chrysalis stage can last for 1 to 3 weeks, depending upon the temperature. They hang themselves from leaves, head-up, using a silk cincture attached to a silk pad. Pupas are light green with markings in brown and tiny hair-like growths along its breadth.

Color and Appearance: When the wings are open, the dorsal side of the male shows dark brown color with bright bluish scales scattered all over, speckling their wings, which the females lack. When the wings are closed, both the sexes display a similar pattern with black spots and the silver ventral side. The male small blues have a light blue tint at the base of their wings like they have in the upper side. 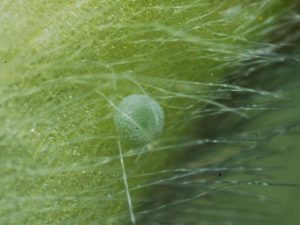 Laid singly; light green in color with white reticulations, hatching between 1 and 3 weeks 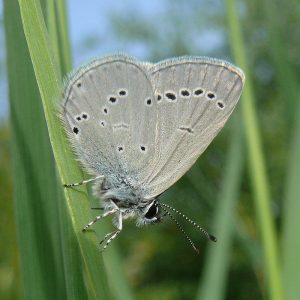