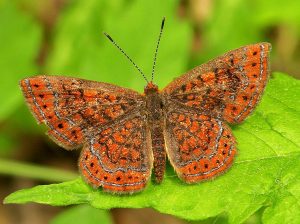 Swamp Metalmarks are small butterflies found in parts of the United States. They are thus named because for their affinity for swamp or humid areas, and for having rusty metal-like mark on their wings. 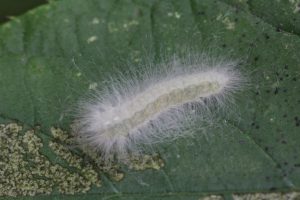 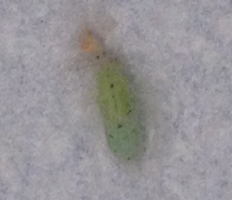 The chrysalis has a dull, more towards the darkish side in varying shades. Larval hairs are present in their bodies, while they remain attached mostly at the underside of their host plants’ leaves.

Sexual Dimorphism: Not present (or very faintly present, with the females’ wings being slightly rounded)

Color and Appearance: When the wings are open, both the male and the female display two pairs of bright reddish or rusty brown wings that have light checkered patterns on them. When the wings are closed, the wings display a rather simple pattern with a dull orange base having black haphazard marks all over and silvery gray borders. 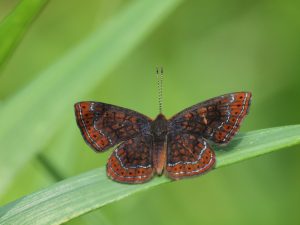 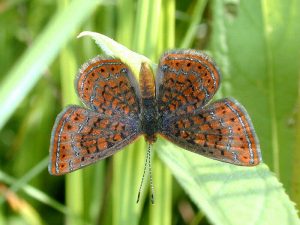 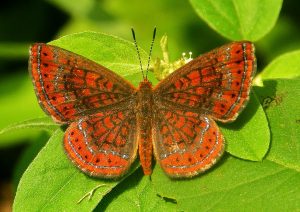