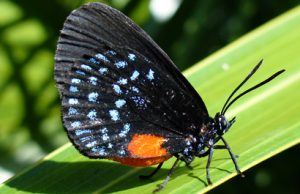 Atala butterfly, also known as coontie hairstreak or just atala, is an attractive species from Florida, some other parts of the United States and the Caribbean Islands. Their Florida population has been listed as endangered by the State of Florida, but re-colonizing attempts from the Bahaman population is yielding positive results. 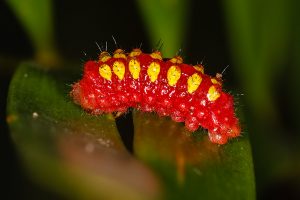 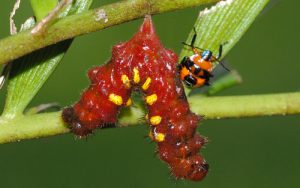 Pale flesh colored when newly hatched; develops a striking bright red coloration with two rows of yellow dots on the back. 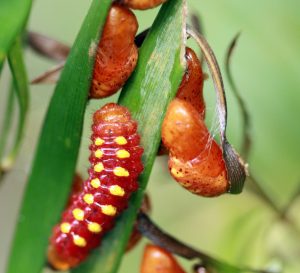 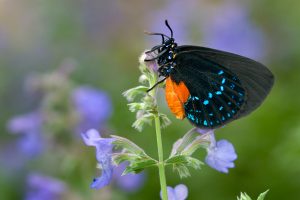 In a folded position, the outer surface is black with three rows of brilliant blue or teal iridescent spots in both sexes. The eyes and the legs are also marked with the same blue. The lower middle portion of the wing has a bright red or orange blotch, that also marks the lower part of the butterfly’s torso.

In a spread out position, the inner surface of the wings in a male is of an iridescent teal (in colder seasons) or Caribbean blue (in warmer seasons), marked with black vein-like pattern. Females have bright iridescent royal blue marking high on the forewings, along with a row on blue dots in the lower end of the hindwings. 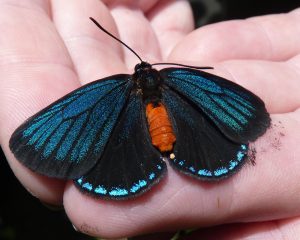 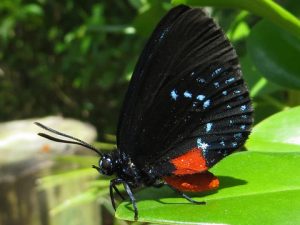 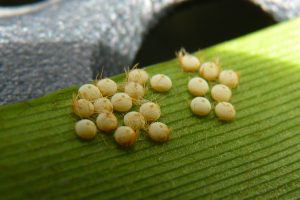 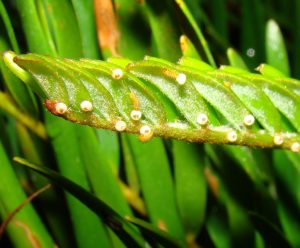 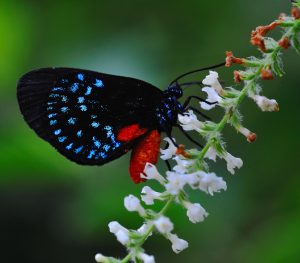 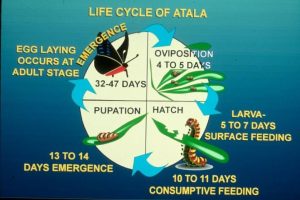 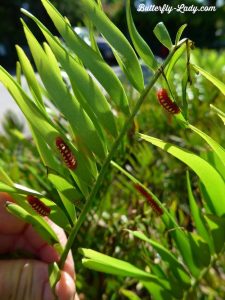