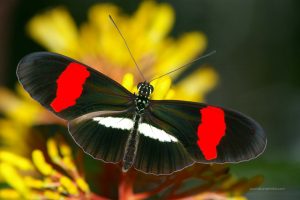 One of the most commonly found butterflies in the Heliconius genus, the postman butterfly is known for its vivid coloration. There are twenty-nine identified subspecies, with many of them mimicking other Heliconius species as an adaptive feature (Müllerian mimicry). 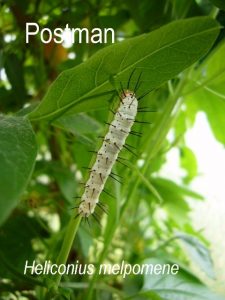 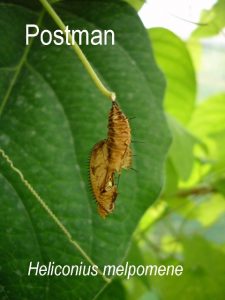 Chrysalis is light brown with golden spots on the back, and about ten black spines protruding from the ventral side. The thorax or mid portion is distinctly curved, with the antennae having multiple short black spines.

Color and Appearance: The basic body color is black, with distinct red/orange, yellow or white bands on the forewings, and sometimes on the hindwings. There can be a single red vertical band on each forewing, while some subspecies may have red blotches instead of a band. The hindwings may be entirely black or may have a white band running vertically. 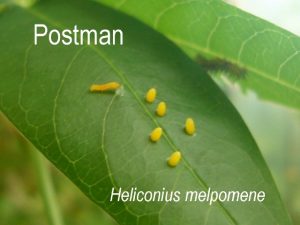 Yellow in color, and laid one at a time 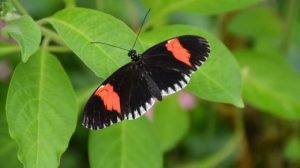