The Pieridae, also known as the white and sulphurs has a large family consisting of about 76 genera as well as 1100 species that are medium in size. The bright colorations of most members of this group make them appear increasingly appealing. 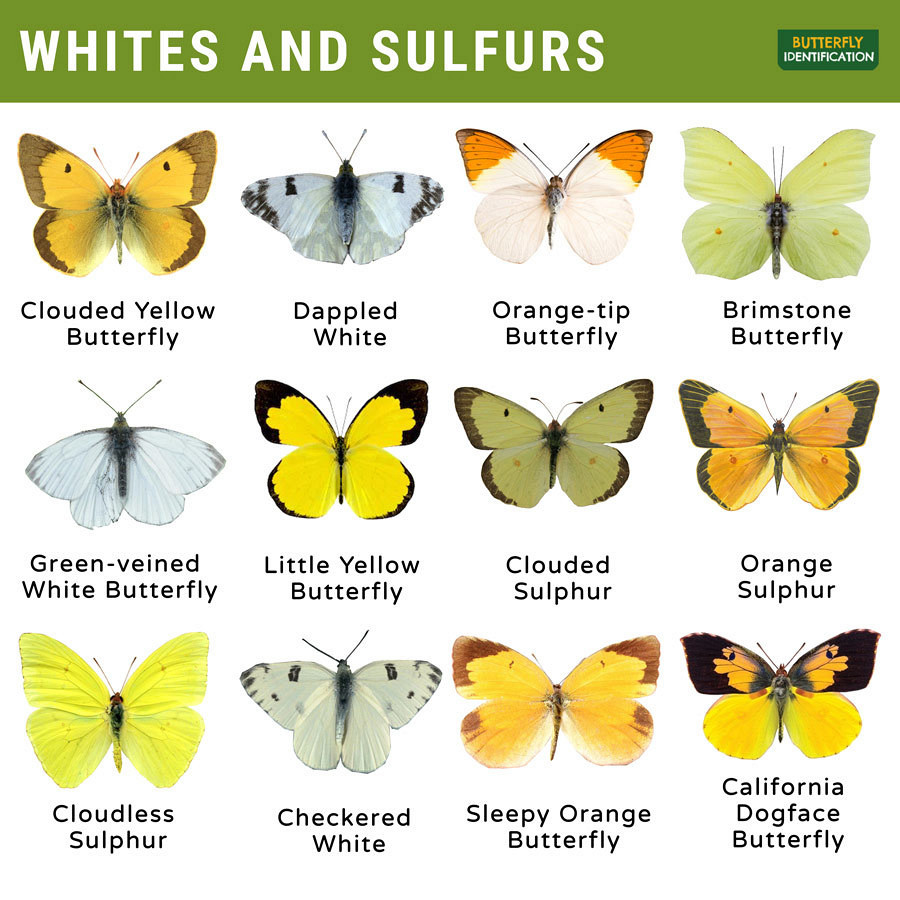 Types of Whites and Sulfurs

Most of the larvae in this family are cylindrical-shaped with a yellow or green body, filled with hairy projections or small black bumps. Though the caterpillar of certain species may have a different appearance like the cabbage white species are bluish-green, having black rings or pints on their body.

The chrysalis has a green body, often remaining concealed within leaves.

Color and Appearance: Most butterflies belonging to this family have a yellow, orange, or white body with spots of black on their forewings. However, the difference in wing patterns may vary according to the species. The dogface butterfly has sharply pointed wings while the orange and yellow sulphurs have rounded wings which are orange and lemon yellow respectively. The spots and patterns vary in males and females.

They are of a yellowish-green color, being spindle-shaped.