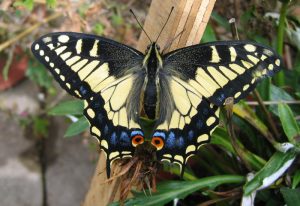 The Anise Swallowtail is a species of North American ‘swallowtail’ type of butterfly that is known for its bright yellow/beige coloration, matched with the patterned wings. They are abundantly found throughout their geographic range and have been marked as Secure (‘G5’) by NatureServe. 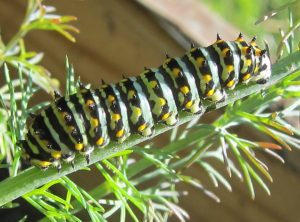 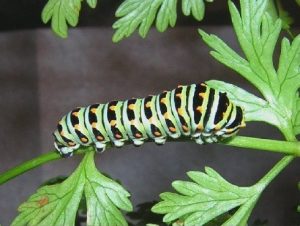 The larva has five instars. When completely matured, it is mostly green, with black, orange, and light blue markings. The insect feeds on the leaves of its host plant. If disturbed, they would emit a foul-smelling, orange fluid as a tactic for defense. It can grow up to 5 cm in length. 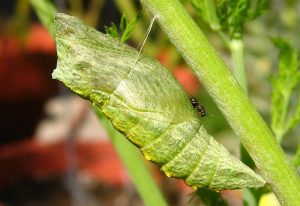 The Chrysalis is light brown to green, and hangs from a branch or stem of its host, resembling yet another small branch protruding out of the stem. The pupa is held to the branch of the host plant using durable silk. 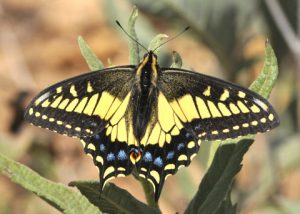 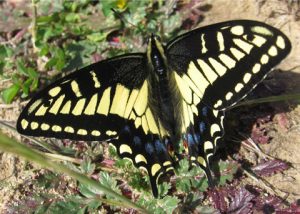 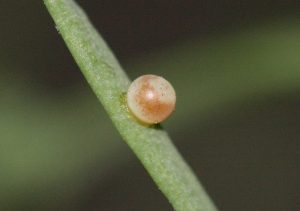 Small, round and yellow in color, laid one at a time 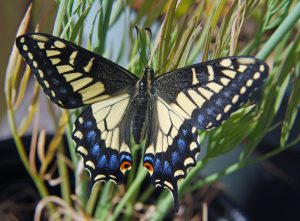 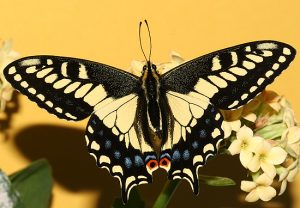