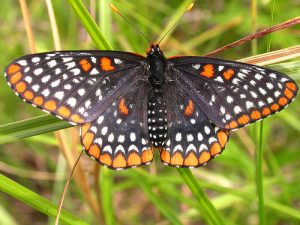 The Baltimore Checkerspot is a species of very brightly colored butterflies that were once widely spread throughout its range and is now experiencing significant declines in recent years. Conservation measures have been adopted in places like Maryland, where the species has become extremely rare. 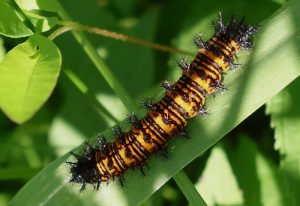 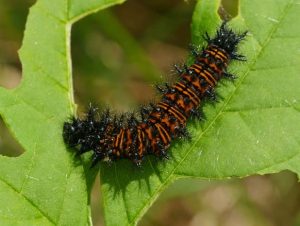 Mature larvae have a black head, with alternating bands of black and bright yellow lines and marks all over, while the entire body is covered with spine-like protrusions arranged along the alternating bands. The newborn caterpillars move to the plant tip, consuming the leaves of the host plant in a web-like pattern. They spend the entire winter as half-grown caterpillars, hibernating under dead grass and leaves. 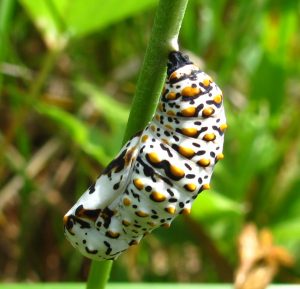 The chrysalis is pure white with spots and markings in bright orange-yellow and black. The stage lasts for around two weeks before the adult emerges.

Color and Appearance: When the wings are open, the four wings show a black base with two broad, banded borders, with the inner one showing checkers in white and the outer one in orange to yellowish-orange. Also, there are orange spots on the black base. When the wings are closed, it shows a similar view, except that, the white patterns are more intense, and hence looks brighter. 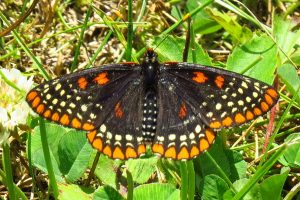 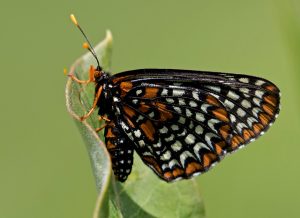 Flight pattern: Fast and erratic; looks rather dull and black while in flight 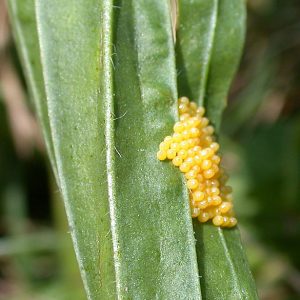 Bright yellow in color; laid in groups of 100-700 under the leaves of the host plants 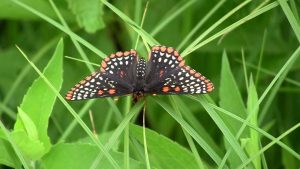 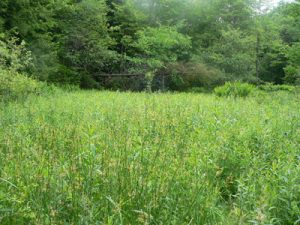