The Hackberry Emperor is a species of North American butterfly that are often seen hopping around water bodies, swamps, and city parks/gardens. Strangely, these butterflies are seen visiting flowers rarely, compared to most other butterfly species. 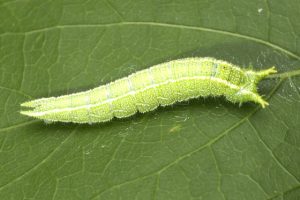 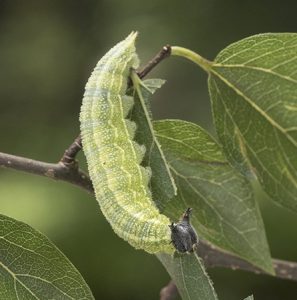 The larva’s body is approximately 1.4 inches in length with the head bearing brown-black horn-like dorsal projections. The entire body is a bright green having pale yellow bumps. At the rear end, a pair of sharp tail-like protrusions is found. During winter, they move on to hibernation along the floor of the forest, only to re-emerge during spring and feed on the foliage of the hackberry leaves. 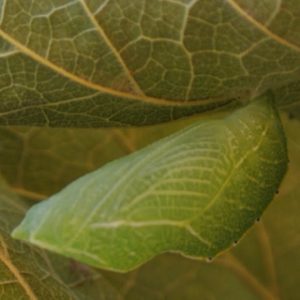 The chrysalis has a dark green color at the base studded with white spots all over. White lines also run diagonally across the abdomen. They stay hung on the underside of their host hackberry tree leaves during this stage and turn to adult butterflies during early summer.

Color and Appearance: Their appearance varies dramatically with latitudes. When the wings are open, they display an overall tan to reddish brown hue with the forewings having a single submarginal eyespot, along with a row of jaggy white spots, while each of the cells has a black bar and a pair of black spots. When the wings are closed, the patterns look almost similar, except that the hues are much lighter. The males of the species are smaller with darker bodies and slimmer wings. 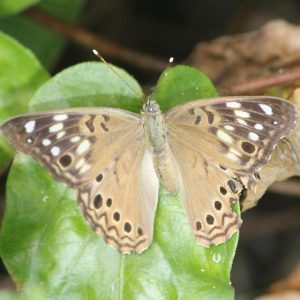 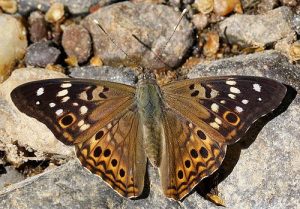 White to gray in color, and are laid in clusters on the underside of hackberry leaves 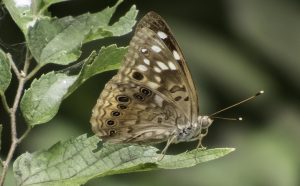 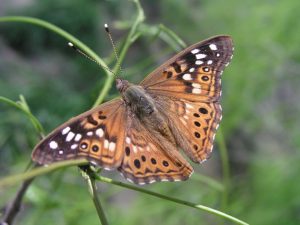 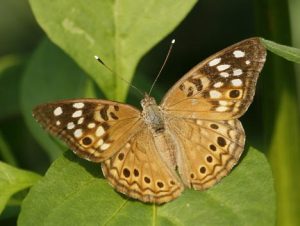