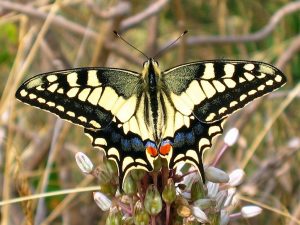 The Old World Swallowtail is a species of very brightly-colored, medium-sized butterflies that are found in the entire Palearctic region in 37 recognized subspecies.

This member of the swallowtail butterfly family has not been noted as of concern; however, it is relatively rare or uncommon. 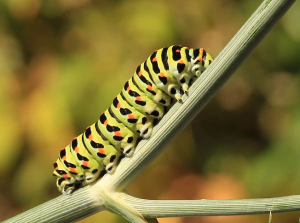 The mature larva has a soft green body, with each segment divided by black lines. The segments also have alternate dots of black and yellow, rendering them a very bright coloration. 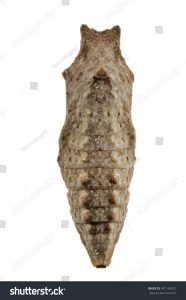 The chrysalis of this swallowtail butterfly is light brown and dark gray with whitish marks and spots throughout the body, enough to camouflage in the twigs and branches in the wild.

Color and Appearance: When the wings are open, the dorsal side of the hindwings has reddish-orange eyespot close to the tail with black along the lower border that touches the inner edge of the pair of hindwings, which also has circular blue marks along the border. The forewings primarily have a white base with vein-like markings in dark gray. When the wings are closed, it is primarily white with the impression of the vein-like marks similar to the dorsal side. The ventral side also bears the two orange marks at the lower tips of the hindwings. 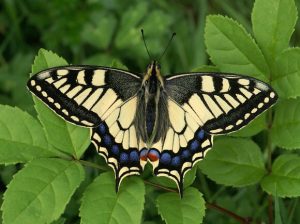 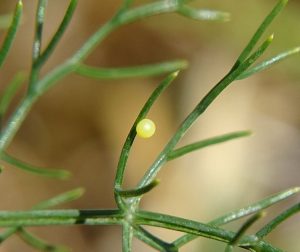 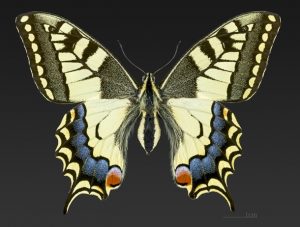 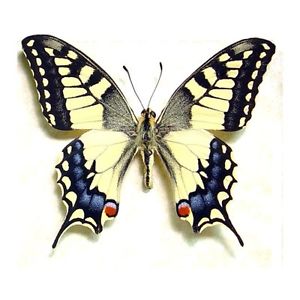 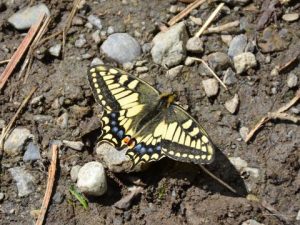 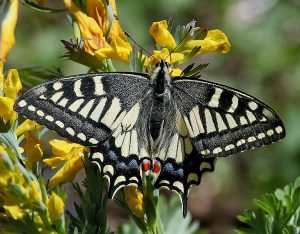 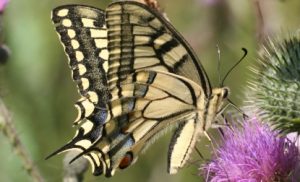 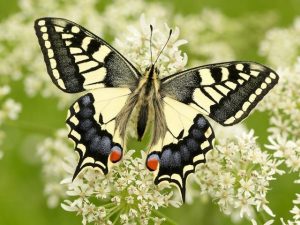