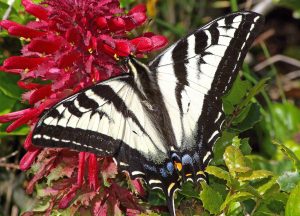 The Pale Swallowtail is a species under the ‘swallowtail’ group of butterflies native to the western regions of North America. They are known for their elegant black-and-white appearance and pointed wings and are often seen puddling in the mud. 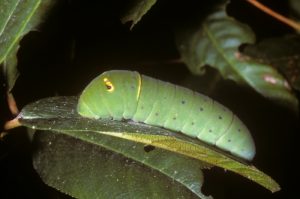 The caterpillars are up to 5 cm in length and are born green, with distinct and weird eye marks to scare of predators. There is also a long mark behind the eye marks to render the appearance of a head. Mature larvae gradually turn tan to reddish before they metamorphose into a pupa. 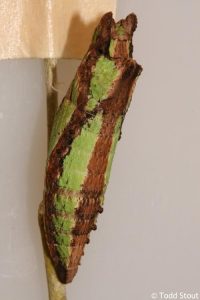 The chrysalis is either pale olive green, or light brown, and hangs from the firm branches of its host plant using its silk threads. They hibernate during winter if the season coincides with this stage.

Color and Appearance: When the wings are open, the dorsal side of the wings displays a creamy or off-white coloration with about four black stripes that run parallel to its body and gradually decreasing by size, ending near the wingtip. While the primary wings are narrow and pointed towards the end, the dorsal wing is much shorter, giving the creature a roughly triangular look. There is a long and twisted tail-like structure at the end of each of the hind wings. Both the wings have thick black borders with white stitch-like marks. At the end of the rear wings, there are a few small orange and cyan markings. When the wings are closed, they show an exact mirror image of the dorsal side, except that, the patterns are somewhat smudged and faded. 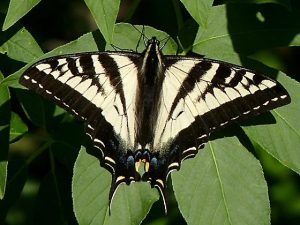 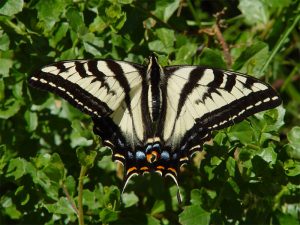 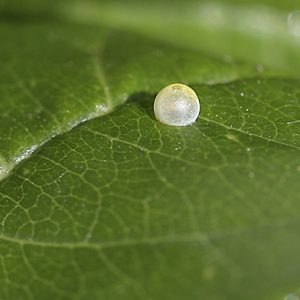 Green, or green with slightly reddish hues, and are laid singly on host plant leaves 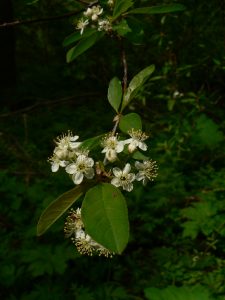 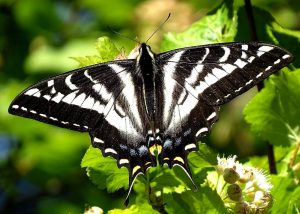 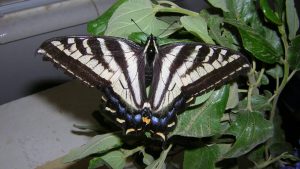