The Red Spotted Purple or White Admiral butterfly is a species of North American brush-footed butterflies that are known as an excellent example of ‘evolution of mimicry’, as well as a dramatic example of natural hybridization between mimetic and non-mimetic populations. Based on their characteristics, the butterfly has been divided into two groups, with the white admirals (L. a. astyanax) having a white band across the wings, which lacks in the red-spotted purples (L. a. arthemis). After hatching, this stage lasts for about two weeks. The head is brown while the body is bordered with yellow and dark brown markings and reddish brown legs. They are creamy white to silvery gray in color. The chrysalis stage lasts for about two weeks, too.

Color and Appearance: The white admiral variety has a broad white band traversing both the primary and the secondary wings on a jet black base when the wings are open. Also, both the pairs of wings display a stitch-like pattern forming the borders. When the wings are closed, the ventral side shows a reddish orange to purplish red base with dark reddish dots and black/white markings at the borders. On the other hand, when the wings of the red-spotted purple are open, they show an iridescent bluish base with dark lines all over the wings, along with light blue, black, white and orange spots forming borders. When closed, they show a lighter shade of blue, while the basal area is studded with a row of red sub-marginal spots and marginal blue spots.

Average wingspan: Up to 3.5 inches

Flight pattern: Short flights at low altitudes (2 to 3 feet off the ground) 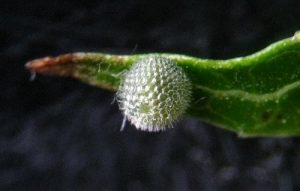 Eggs are greyish green in color with cells having a kite-like appearance. They last for about seven days. 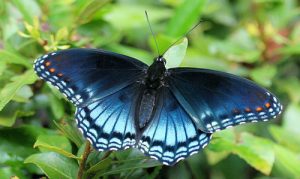 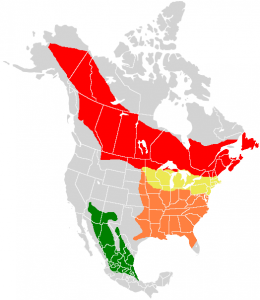 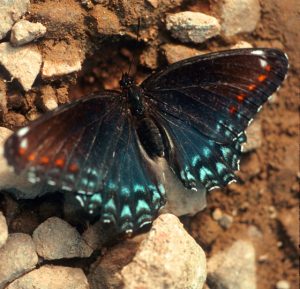