The Silver-spotted Skipper is a species of butterfly belonging to the ‘skipper’ group that, according to the scientists, are intermediate between the butterflies and the moths. They are widely scattered throughout the United States, and some parts of the neighboring countries. 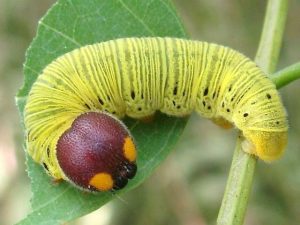 The larva has a segmented body, with each segment alternating with peach-orange and beige. The head is dark brown to black, while the tiny legs are dark orange in color. As they age, they gradually turn bright yellow, with the head turning bright red with two distinct yellow spots resembling eyes (as an adaptation to scare off predators). They survive on several woody legumes from their host plants. 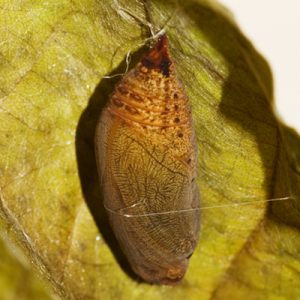 The pupae are relatively flatter, and with a dull gray-yellow to rusty brown coloration, that perfectly blends with the dry/dead leaves of the host plants.

Color and Appearance: When the wings are open, they show a brownish black color with yellow to golden and orange markings. The males have two elongated, black marks in the middle of the forewings, which the females lack. Both the hindwings are lobed. When the wings are closed, they display more or less the same faint patterns except that, both the hindwings bear a metallic white band. 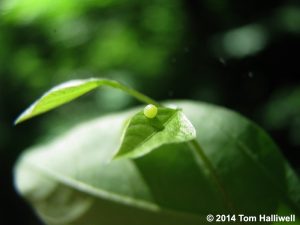 Lemon yellow in color, with segments like that of citrus fruits, and are laid one at a time.