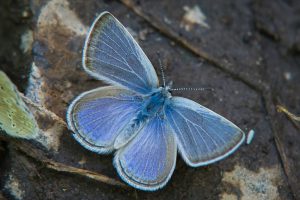 The Silvery Blue is a species of glossy blue butterflies that are exclusively found in North America in 17 different subspecies (with one being thought to be extinct). These small arthropods are quite common and can be seen basking in the sun almost everywhere. 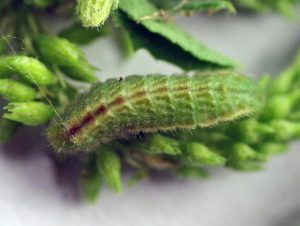 The larva has a small, rugged body, and are green in color with a maroon line running down vertically across the entire body. They are often seen accompanied by ants and spend most of the time feeding on plant leaves. During the summer months, these insects molt several times before they finally pupate.

The chrysalis is light brown with faint streaks of darker brown. They hibernate during the winter months and come out as a butterfly only during spring or summer. 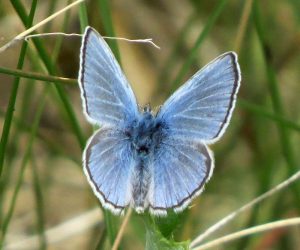 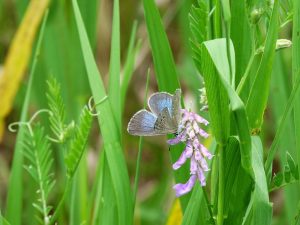