The Spring Azure is a species of very small butterflies, of about an inch, and are found in several countries of North America. These diurnal butterflies can be seen perching from flower to flower especially from midafternoon till dusk. 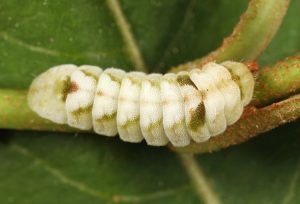 The mature larvae shape more like flat and wide slugs, rather than tubes. They have a segmented body with either green or whitish green coloration, with the latter having small moss green marks on the body. Unlike most other species, they thrive on flowers and fruits. These insects are often tended by tree ants, often resisting them to grow up to a butterfly. 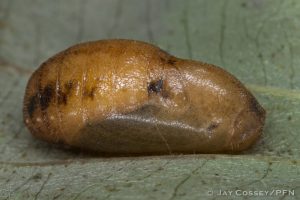 The chrysalis is beige to light brown or grayish with darker gray and dull white blotches all over the body. They are attached to the upper surface of the leaves.

Color and Appearance: When the wings are open, both the forewings and the hindwings in the male display a bright blue hue, whereas the female is has a darker shade of blue, having prominent black margins on the forewings. When closed, both the wings look grayish with darker markings. 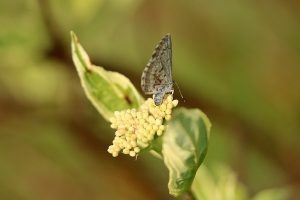