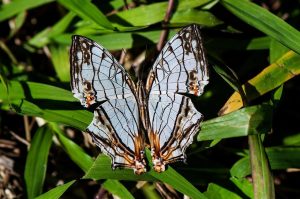 The Common Map is a species of butterflies belonging to the nymphalid group and spread across several regions across the Indian subcontinent, and a few other countries. They also have a subspecies in Taiwan. 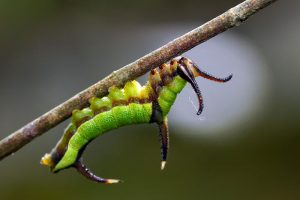 The mature larva is bright green in color with a brown vertical line running across its body. There are four typical horn-like protrusions on the body, with two being on the forehead, one above the thorax region, while another one near the anus. The caterpillar feeds on its shell as it hatches out of its egg. 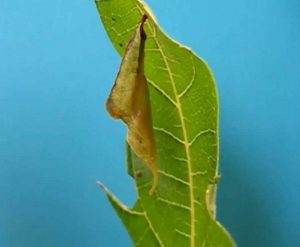 The chrysalis is light brown to orange with light gray or black spots on the back – a shape and pattern that make them look like a dry leaf hanging from their host plant. This is primarily for camouflage purpose. 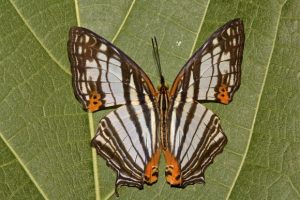 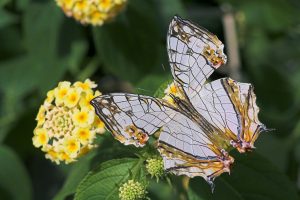 Light greenish yellow in color; either domed-shaped or conical 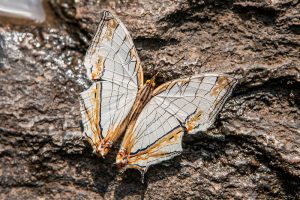 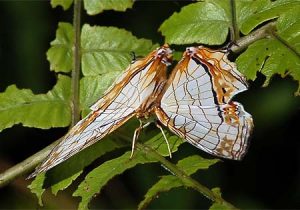 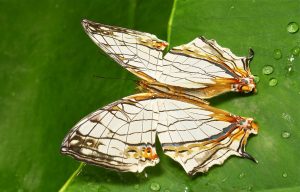