The Eastern Tailed Blue is a species of small butterflies native to parts of the United States. Interestingly, these butterflies, as well as their other stages, can be of various colors. These butterflies are distinguished by a pair of narrow tails on each of their hindwings. 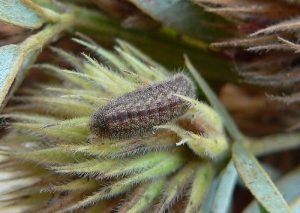 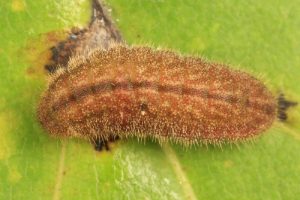 Mature larvae can be of various colors ranging from light tan or gray to green and pinkish olive. After hatching, the caterpillars hibernate during winter. They consume buds, flowers, and seeds.

The pupa is formed during springtime, after the period of hibernation of the caterpillar is over. They hang from the tender green leaves of their host plant.

Color and Appearance: When the wings are open, the males of the species generally display an iridescent blue hue on the upper side, whereas the females are either lighter blue to brown, or else have a charcoal coloration. However, the coloration varies between both the males and the females including varied shades of pink and purple. When the wings are closed, the underside of the wings can display a variety of shades ranging from tan to blue-white. Two or three black to orange chevron-shaped marks on the rear side of the secondary wings, as also a trailing tail from the innermost one of the marks are also seen. 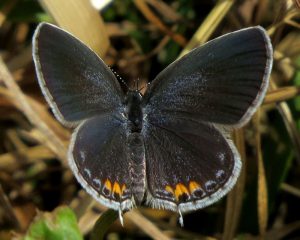 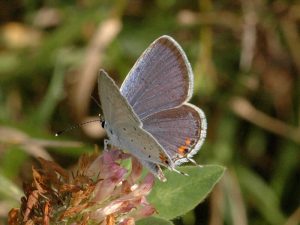 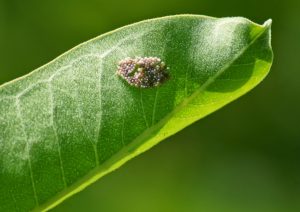 They are laid especially on flower buds. There are usually three broods a year. 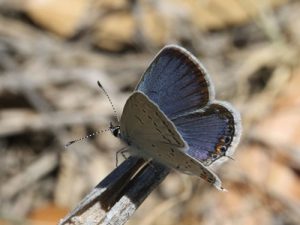 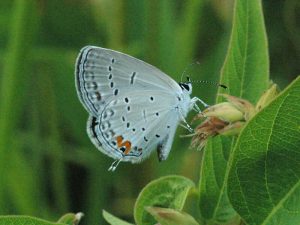