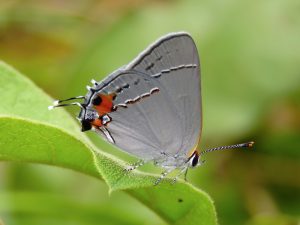 The Gray Hairstreak is a species of butterflies common in almost entire North America and is very common throughout their range. The tiny butterflies belong to the hairstreak group and are often tended by ants in their host plants from which they can very easily be identified. 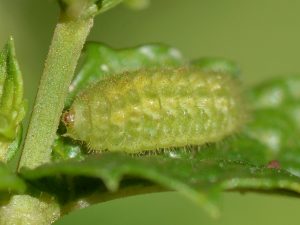 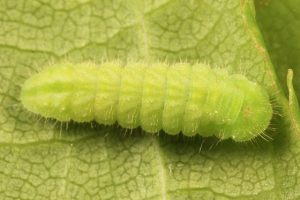 The caterpillars are green, with a line running down from the head to the end. Young caterpillars live on flowers and fruits, while the older ones (at the final stage) may consume leaves. The flowers and fruits are chosen from innumerable varieties of plants especially from pea (Fabaceae) and mallow (Malvaceae) families that include beans (Phaseolus), clover (Trifolium), and cotton (Gossypium). 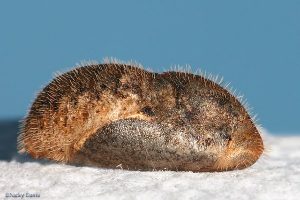 The pupa has a shelled-groundnut-like shape and color, with fine velvety protrusions all over the body. It takes around 7-10 days to emerge into a butterfly. However, it would enter hibernation if the stage coincides with the winter.

Color and Appearance: When the wings are open, the dorsal side displays a bright blue-gray coloration with a large red spot near the ends. When the wings are closed, the color of the ventral side during spring and fall is dark gray, while during summer, the color turns paler. The white postmedian line is relatively straight with an orange border on the inside edge. Each of the hind wings has a small tail-like protrusion that, by adaptation, looks almost like the antenna, while they render a head-like appearance on the wingtip in order to confuse predators. When the wings are closed, the ventral side shows a similar appearance as the dorsal. The female butterflies are relatively pale and shorter than the males. 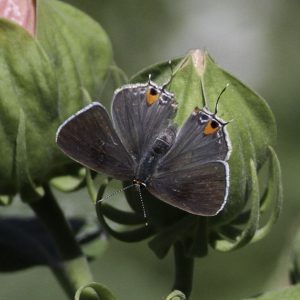 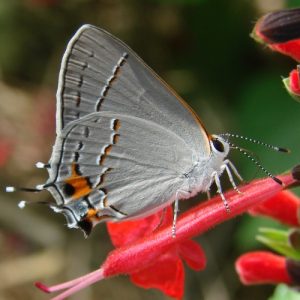 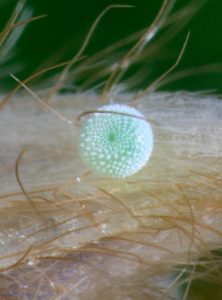 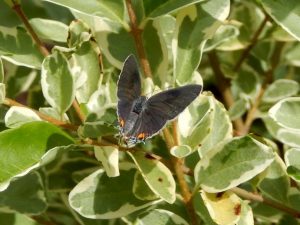 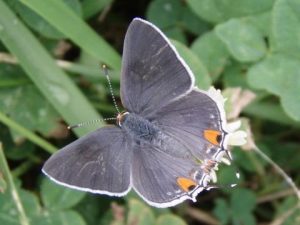 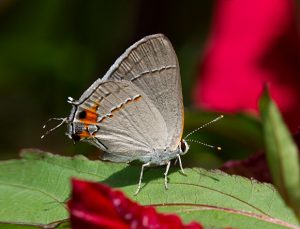