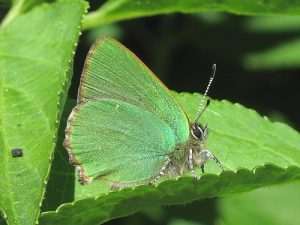 Green Hairstreaks are small-sized, European butterflies, known for their reverse wing coloration, i.e., a colorful backside and a dull inside, unlike most other butterfly species. Because of their green coloration it is indeed difficult for watchers to locate them in the woods. The Green Hairstreak is found in four regional subspecies. 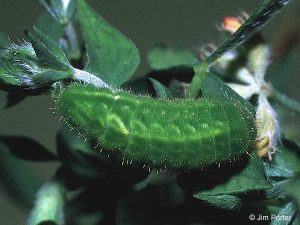 The caterpillars are green in color, having yellow marks across their backs. Like most other members of their family, the larvae are rather slug-like. They hatch out after about a week the eggs are laid. By the end of July they descend to the ground to transform into pupae. After their first moult, the caterpillars are cannibalistic. 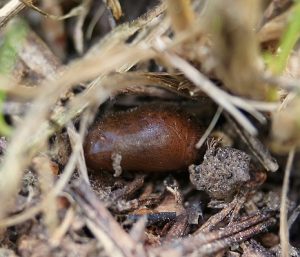 These creatures pupate in the leaf litter. The chrysalis is dark brown or light beige, depending upon the environment the subspecies live in. They emit as a butterfly in summer/spring, after hibernating all winter.

Color and Appearance: When the wings are open, the dorsal side displays a uniform dull brown coloration, with the males having two paler patches on the forewings that the females lack. When the wings are closed, they are bright iridescent green with thin white lines on both sides that are often lessened to a vague row of dots, or missing completely. 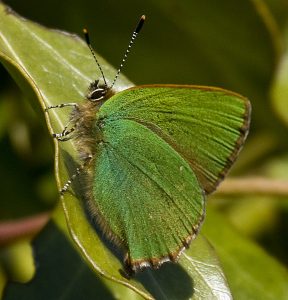 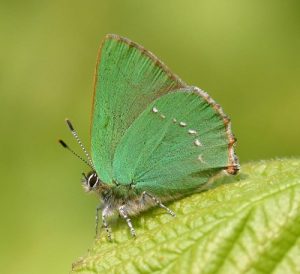 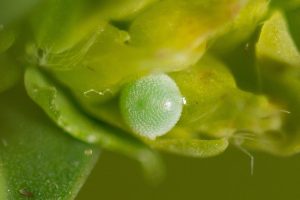 Green in color, laid singly on the buds or young shoots of host plants 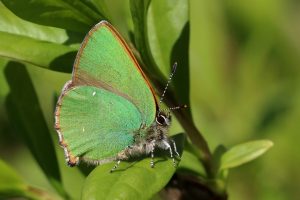 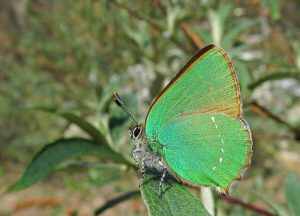 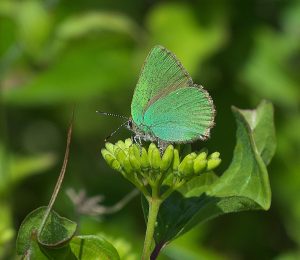