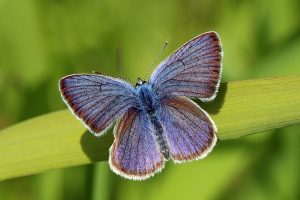 The Mazarine Blue is a species of very small butterflies and are spread across their habitat in nine regional subspecies. Butterfly watchers find is specifically interesting when the grass fields and meadows seem to be studded with these tiny butterflies hanging around, especially between Mid-June and mid-July.

The larvae emerge after the eggs hatch after one to two weeks. The mature larva is yellowish green in color for the purpose of camouflaging in the leaves, and has very fine hairy structures, as also, dark brown spiracles throughout the body. It overwinters as a young larva. 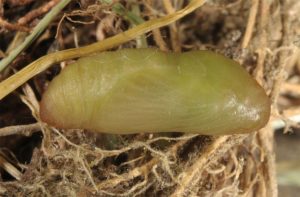 The chrysalis is olive green in color, and, like most other species, is attached to its host plant with the help of silk girdle.

Color and Appearance: When the wings are open, the females display a shiny brown hue, whereas the males have a shiny blue coloration, having thin reddish black edges alongside dark and pronounced wing-veins. When the wings are closed, both the sexes show a light grey to faint brown color with black blotches bordered by white. There are also fine turquoise scales in the basal area in both the sexes. 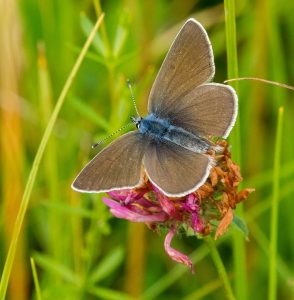 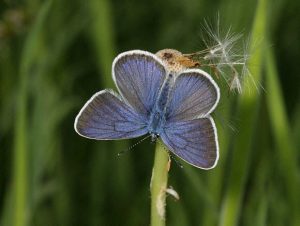 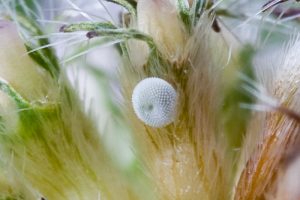 Small and pure white in color, and looks like miniature sea urchins; laid one at a time on the host leaf or flower heads (mostly Red Clover). 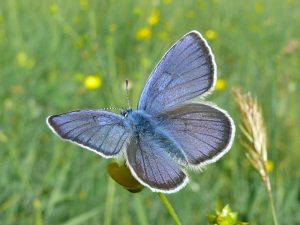 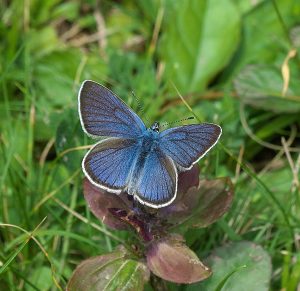 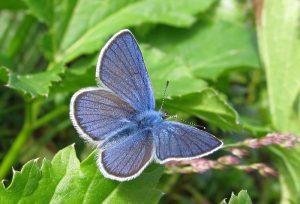